This series is presented with support from the Beulah Glaze Waller Visiting Artist Fund. 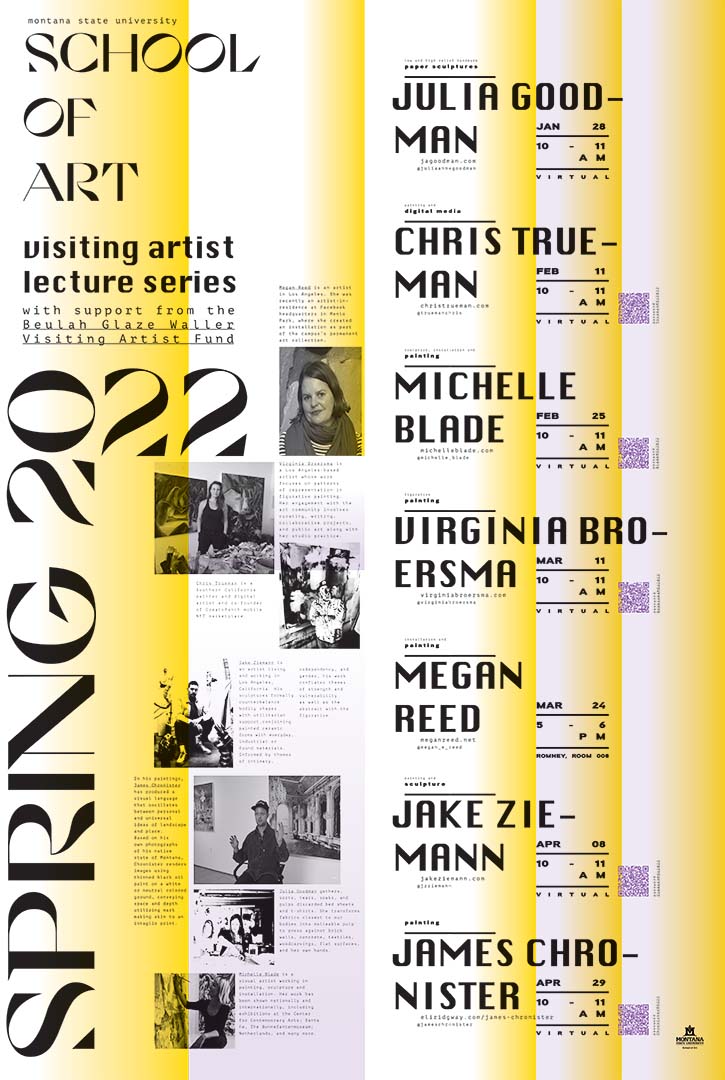 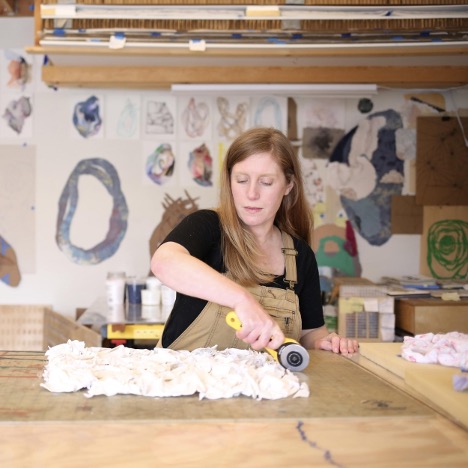 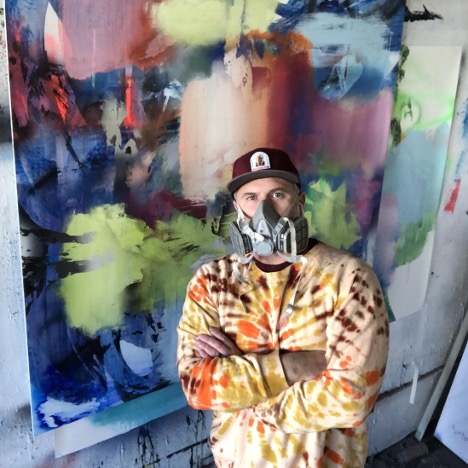 Chris Trueman is a Southern California painter and digital artist and co-founder of CreatoRanch mobile NFT marketplace. He graduated from the San Francisco Art Institute in 2003, earning BFA degrees in Painting and in Digital Media. He relocated to southern California to attend Claremont Graduate University, earning a MFA in 2010. Trueman currently teaches at Chaffey College and has previously taught at Chapman University, Fullerton College and Santa Ana College. He has guest lectured at Chapman University, Pomona College and Santa Ana College and was a Northrup Grumman Visiting Artist/Scholar at the Museum of Art and History Lancaster. 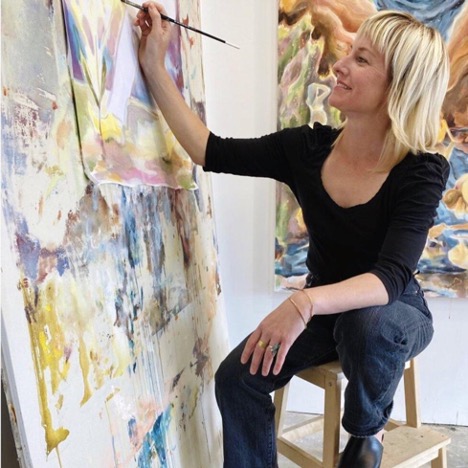 Michelle Blade is a visual artist working in painting, sculpture and installation. Her work has been shown nationally and internationally, including exhibitions at the Center for Contemporary Arts; Santa Fe, The Bonnefantenmuseum; Netherlands, Jack Hanley Gallery; NY, Southern Exposure; San Francisco, Western Exhibitions; Chicago, Roberts & Tilton; LA and The Torrance Art Museum, among others. Her work has been featured in The NY Times Magazine, The LA Times, The Paris Review, Juxtapoz, The California Sunday Magazine, and Art Maze Mag. Blade holds a BA from Loyola Marymount and an MFA from the California College of the Arts, San Francisco. She currently lives and works in LA. 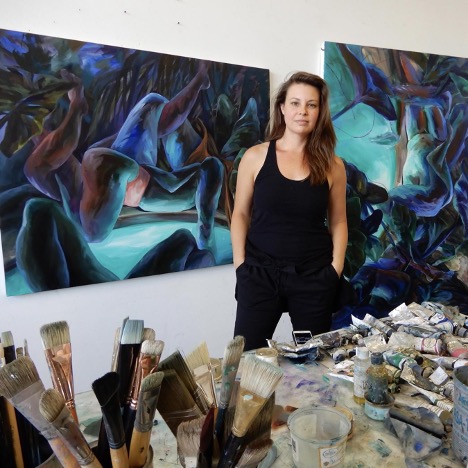 Virginia Broersma is a Los Angeles-based artist whose work focuses on patterns of representation in figurative painting. Her engagement with the art community involves curating, writing, collaborative projects, and public art along with her studio practice. In 2019 she launched The Artist's Office, through which she creates systems of support for artists' professional practices. This involves increasing professional capacity by offering needs-based tools and opportunities to share knowledge between peers and professionals. This work is done with candor and a critical eye towards art world systems that are failing to create a sustainable life for artists.

Broersma has exhibited extensively in Los Angeles as well as internationally and in the various other cities that she has lived, which include San Diego, Savannah, Chicago and Santa Fe. 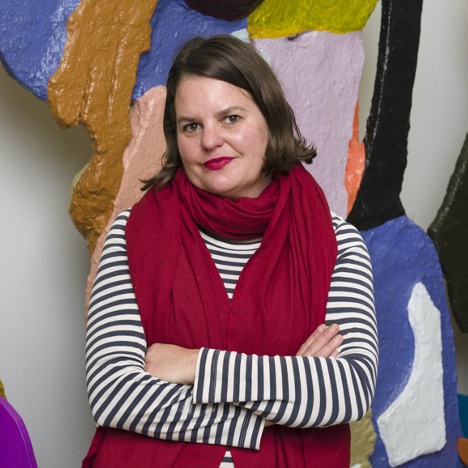 Megan Reed is an artist in Los Angeles. She holds an MFA in Painting from California College of the Arts in San Francisco, CA, where she was the recipient of the Graduate Painting Teaching Fellowship and the Rex Ray Material Support Award. She also holds an MA from Southern Illinois University and a BFA from New York University. She has taught at California College of the Arts, Diablo Valley College and Southern Illinois University. She has been an artist-in-residence at MASS MoCA, the Atlantic Center for the Arts and the Vermont Studio Center. Her work has appeared twice in New American Paintings, in the San Francisco Chronicle, in solo shows in East Hampton, NY, London, UK, Berkeley, CA and in numerous group shows nationally. She was recently an artist-in-residence at Facebook headquarters in Menlo Park, where she created an installation as part of the campus's permanent art collection. 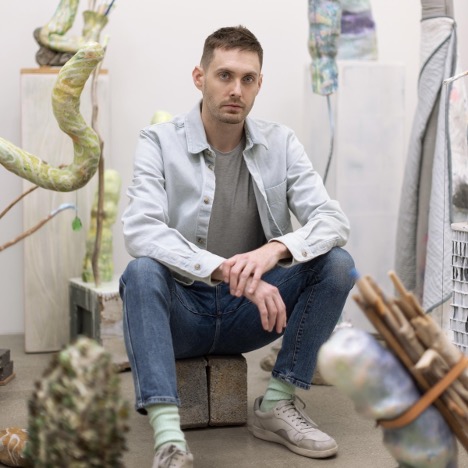 Jake Ziemann (b. 1986, Des Moines, Iowa, United States) is an artist living and working in Los Angeles, California. His sculptures formally counterbalance bodily shapes with utilitarian support, conjoining painted ceramic forms with everyday, industrial or found materials. Informed by themes of intimacy, codependency, and gender, his work conflates themes of strength and vulnerability as well as the abstract with the figurative.

Ziemann completed his MFA at the California College of the Arts in San Francisco and holds a BFA from The Art Institute of Chicago, as well as a BA from Central College in Pella, Iowa. Ziemann recently completed a ceramics residency at Anderson Ranch in Colorado, and his work has been exhibited and reviewed across the United States and internationally. 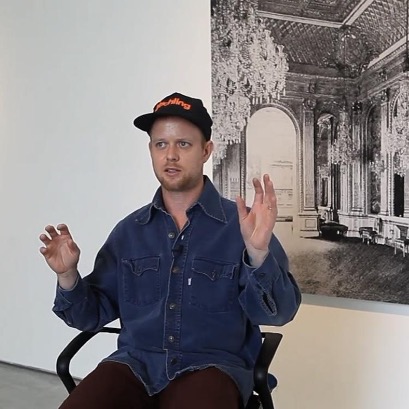 In his paintings, James Chronister has produced a visual language that oscillates between personal and universal ideas of landscape and place. Based on his own photographs of his native state of Montana, Chronister renders images using thinned black oil paint on a white or neutral colored ground, conveying space and depth utilizing mark making akin to an intaglio print. In these recent works, the white ground becomes highlights, the opaque passages become shadows and cross hatching become mid tones. Unassuming but vastly complex in their subtlety, these scenes of nature depict an unseen environment that is both rich and rewarding of investigation.

Though reminiscent of such postmodern masters as Gerhard Richter and Luc Tuymans, Chronister has devised a painterly language much his own. Working with a tiny brush and one dark, neutral color on carefully hued, off-white canvases, Chronister achieves a startling range of tonality and depth. Viewed up-close, the paintings are constructed by a series of small, discrete marks: a binary system of data--like type on a page--that results in a surreal density of information. Step back, and the pictures cohere. The eye and mind struggle to reconcile the illusionism of these paintings with the narrow, restrained means of their technique.

The artist lives and works in Missoula, Montana.